Hitchhiking 2000km from Poland to Greece, for highlining.
Greece was the next destination. In Meteora, a small region of unusual rock towers, there would be a gathering of about fifteen Highliners for almost two weeks. It was impossible to miss this opportunity, after googling the area it was clear that it was some kind of highline Mecca we had never known about. So, with limited funds and adventurous spirits, Jordan, Janek and I decided to hitchhike there. 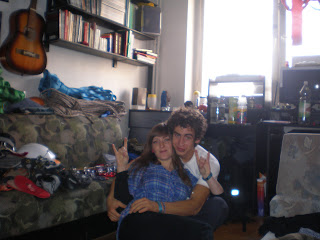 We had plans to leave with a bit over a week to arrive on the same date as the rest of the group; however Jordan and Janek created some delay for some silly things and we finally left on March 24th. We began the usual way taking the bus from Wroclaw train station to Auchan on the outskirts of the city. We walked to the road leading towards Krakow and began work. Unfortunately the already long journey was almost unbearable because our bags were so overloaded with gear. Janek had already told the guys in Meteora that we would bring lots of gear, however it was not until my bag weighed 40 kilograms and Jordan and Janek’s weighed even more that I realized how much gear we were bringing. It hurt to walk; it almost felt as if each vertebra was being crunched together with each step. I believe we are all a couple inches shorter after that journey. Poor guys had to listen to me complain the entire way. I even had to have one of the guys help me to put on my bag in most cases. We had a couple rides before we were on the outskirts of Krakow. 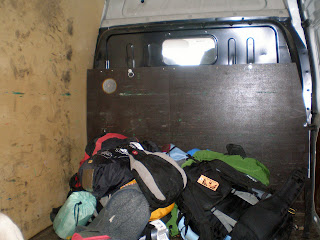 This city proved to be a pain in the arse to get out of, and we ended up walking from bus stop to highway to onramp and all sorts of things trying to get out. Finally we were forced to take a train to the border in the night just to keep moving. We ate Kebab in the train station and came to the realization that kebab shop workers are far nicer and speak better English then Policja. The workers told us Romania was a bad route because the roads were such bad quality. So, this changed our entire plan and we headed for Zakopane, a beautiful town in the mountains near the Tatra range. 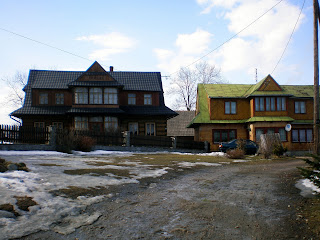 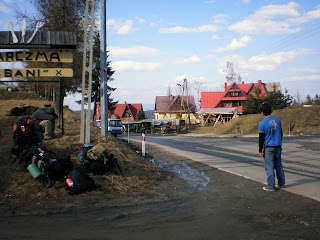 We walked something like 2 or 3 kilometers uphill from the train station there, paid for a campsite and set up in the bitter cold. It was still skiing weather! 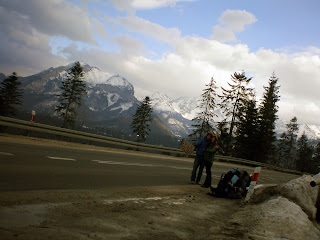 The whole grounds were covered in a layer of ice thick enough to walk on. The next morning we headed for Lysa Polana, had a difficult time getting there, but still enjoyed the beauty of our surroundings. Finally we reached Slovakia! Our ride was a tiny car and I sat on some strangers lap in the front with my head crunched against the ceiling. However, the drivers changed and we had a ride all the way to Poprad.
Little did we know Poprad would almost be the death of us! 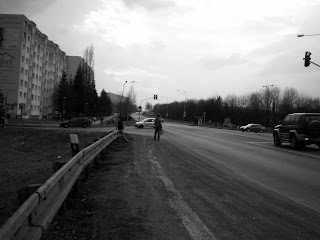 (Not literally, only because it was a terrible spot for catching rides) Our ride dropped us off on a small road heading in the direction we wanted, as he said the highway was short and there was no place to stand. We waited, and waited, and waited. This spot sucked! The day carried on, we tried walking across the city to another place, and we fought with each other, but in the end ate pizza, drank beer and slept next to some gardens in Poprad. 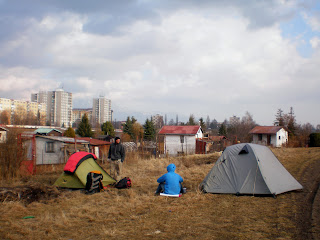 The next morning it was clear bad weather was on the way. 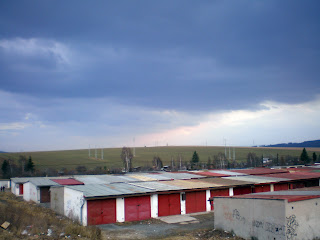 One car stopped to take us, however we were trying to stay in three people so I turned the car down. After hours we took a train to Kosice, and then caught a ride over the border into Hungary. We waited on the sad-looking border for a bit, but were in much better spirits since we were moving. 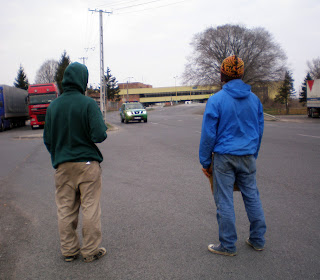 The next person to pick us up was a kind Slovakian banker living in Austria. He spoke to us on many subjects from communism to languages to travel to politics. He was taking us all the way to Budapest. He asked where we would sleep that night, and we responded simply that we had tents. He replied with “No, you need to bathe.” Then like a truly important man he made some calls and arranged something, hung up and informed us that we had lodging for the night. So generous! We barely knew how to thank him and upon arrival he even paid a bit extra for us to have breakfast the next morning. Wow! So, we expressed our immense gratitude, he took off and we enjoyed our room. 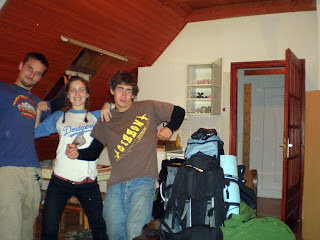 It looked like a great city, and we all agreed it was on our list of places to return to. The next morning we ate a hearty breakfast of rolls, ham, salami, cheese, cherry tomatoes, orange juice, butter, coffee, tea, jam, nutella…and true to dirtbag style we packed some tea bags and sandwiches in our pockets then figured out how to get out of the city.
Hungarian – “ Excuse me…” =
Posted by Faith Dickey at 4:48 AM