Monkey Business - a story behind the highlining from Wojtek Kozakiewicz Vacaspurpuras on Vimeo.


With only a few days break after Tatry Mountains, I found myself packing my backpack again to head to Meteora, Greece, an amazing highline heaven that I had traveled to with Janek and Jordan last year. This time we were going with Kwjet and Wojtek to do as many projects as possible and to make footage for Discovery Channel Canada's Daily Planet.

Northern Europe was already cooling down, so I was excited to have another bout of Summer in Greece. The trip had been off and on for some time as we struggled to get enough sponsorship to make it happen, but finally, with the help of Deuter, Gibbon, Fiveten, Discovery Channel Canada, Rock Empire and Ortlieb, we were on our way. 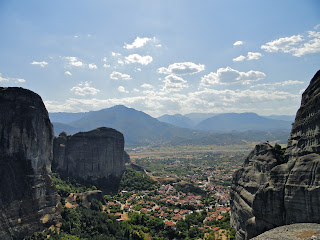 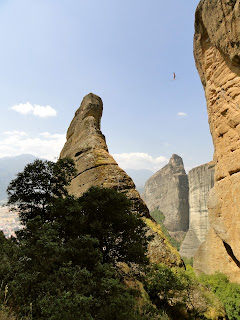 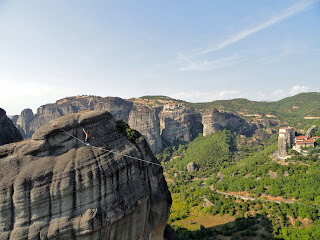