During my lovely stay in Graz, Austria, my friend Raffi and I made a short road trip to Slovenia, to a nearby climbing destination called Osp. It was the first slacktrip of my time back in Europe, and it felt great to be on the move again, especially to a place I had never been before. We were met by Lukas Irmler and ....., who were also there primarily for climbing but had ambitions for a highline as usual. 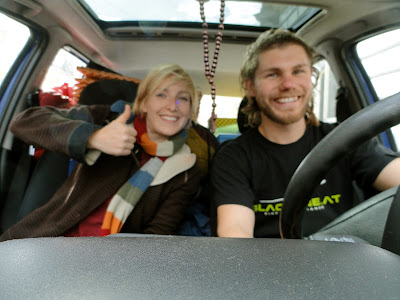 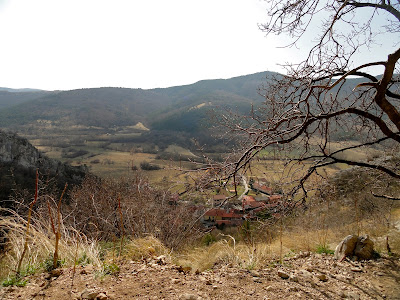 The first day we spent climbing. I had caught the fever that was passed around Raf's flat in Graz, and was not quite recovered. This left me feeling weak and sweaty. Every route, despite the easy grade, was a huge challenge. Even jugs proved difficult to hold onto! Climbing with fever is no bueno, but I was desperate to return to shape so I pushed myself on. 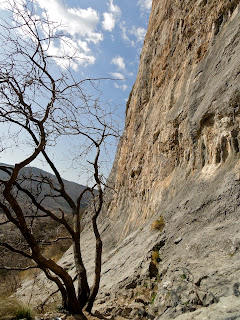 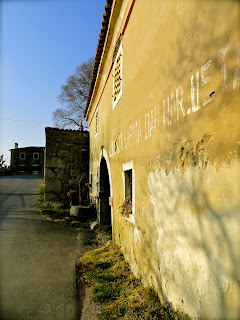 The first night Raf and I searched around the tiny village for a free bivy spot, finally camping next to the solemn graveyard. The road winded through thin forest, opening up to a small, square cemetery, silent and only lit by small red candles. Despite the warm day, the night was below freezing, and we awoke with ice upon us. We ate musli and filled our water bottles at the tap in the cemetery, feeling especially dirtbag as some old folks strolled past while I hopped over the wall with full bottles of water. The village was tiny and less than touristy, with one church and orange roofed houses in various states of disrepair, some looking ancient. Apparently the village is extremely old. 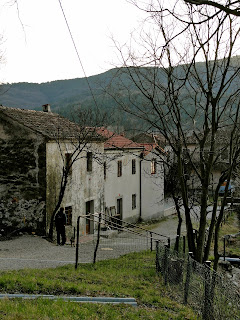 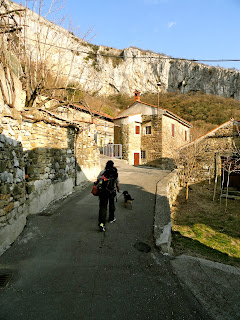 The next night we found a much better bivy spot near Crni Kay, the other climbing spot nearby. Down a dirt road which seems to go on a while, there is a turnout with a firepit. It is a grassy spot with forest on one side, which supplies plenty of firewood, on the other side is a dropoff into a big mine. Before this, we drove to the coast to cook a dirtbag feast of pasta. 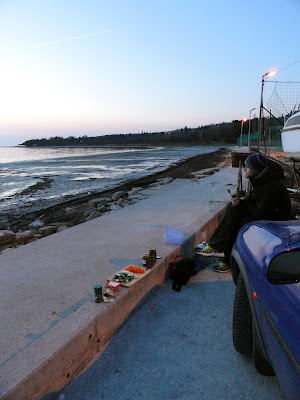 We spent the day climbing in the same area, nice limestone sport routes, all short but plenty of them. 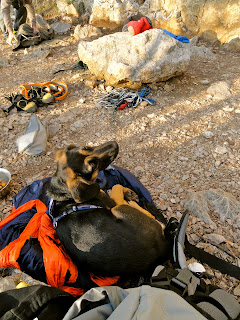 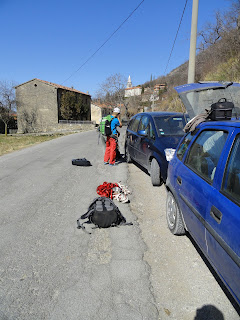 The last day was a highline day, with a project Raf had eyed the last time he visited. There is a large cave in Osp, with remnants of a medieval fortress, now only broken stone walls with vines growing over them. The mouth of the cave is wide and big, so we bolted a highline at the mouth, 39 meters in length and about 15 meters high. 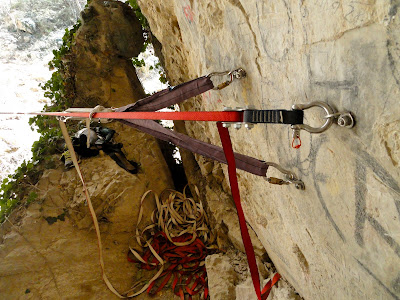 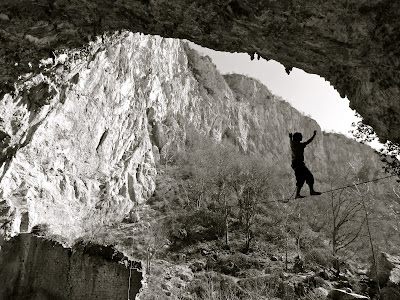 Three bolts on each side felt safe, though it took some hammering to find the best rock. One interesting fact about the cave is that right after winter it is completely full of water due to melting snow, so it was good we came too late for this, otherwise we would have rigged a waterline. 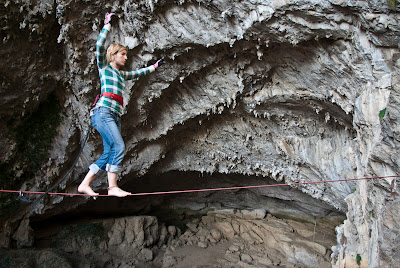 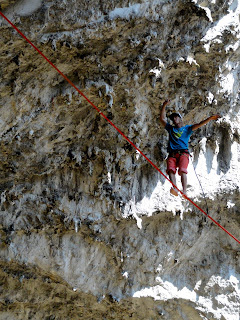 So it was a short trip, but fun nonetheless. I hope to return to this part of Slovenia again in the future, not only to climb but also to base jump off the bridge there! Well, maybe. 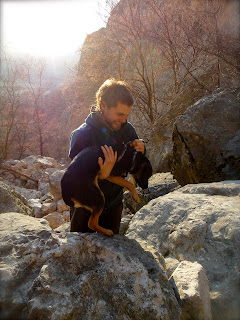 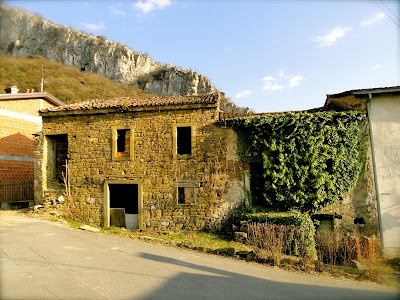