Ravages of Time in Czech Paradise

A British friend and refreshing character I met during the Volvo commercial shoot, Monte, contacted me this Fall with interest to document my friends and I doing what we do best; being dirtbag’s and highlining. It was all quite last minute, and most of the SWEL team had already made plans to work as the weather changed and take care of real world responsibilities. I wanted to work with Monte and thought it was a good opportunity to create more media for our team and our sport, so finally we agreed to do a project in Czech Republic together. 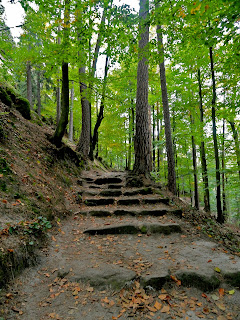 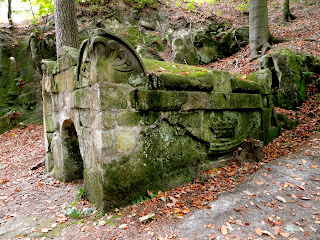 The SWEL team all met together in Czech Paradise, staying at the home of Kletter kiddies company Jan and Judith. They were quite busy, but it was lovely to see them briefly, and Jan’s home is a little bit of paradise. I was grateful to stay there with the team. The house is quiet, with an apple grove, flowers, soft green grass, and a warm and inviting homestead feel. As autumn was right around the corner, the colors there were also magnificent. 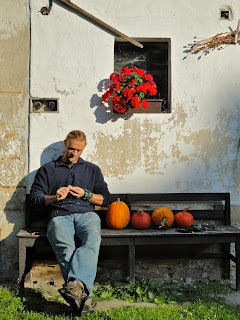 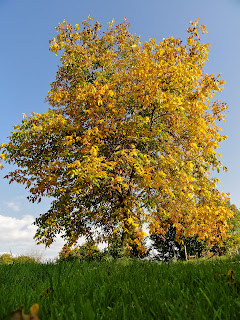 Kwjet had a year old project nearby in Mala Skala, a nice highline in between some special sandstone rocks. We had a short schedule and the British boys (Monte and his friend Luke) were on their way slowly with a demon car that broke down randomly. They were driving from London, so it sounded like an epic adventure in itself.

Klara, a slackliner friend from another Czech Village, joined us for the project and lent her car for transport, which helped us immensely. Czech Paradise has the same magical feeling as Ostrov, but larger scale and with more nooks and crannies of climbing to find. Charlie, a friend from US on a grand European slackline adventure also came along. He ended up as the American replacement of Jordan, who got in a minor car accident in Berlin and suffered a bit of whiplash but was thankfully ok.

We started the rigging process the day we arrived. I lead a non-route on one side to find the anchor, which went up a kind of chimney to a ledge, then followed a real route briefly to another corner ledge. There was little chance for knot placement but the level was easy and the holds were good. I placed some knots upon the second ledge and sling a free boulder so we could make the anchor the next day. The other side was an easier rig, and Janek slung a boulder there.

The following day the British boys came along to document, and we introduced them to a bit of scrambling, harnesses, slings and carabiners. This was a hilarious experience as Monte’s idea of outdoor wear was some fashionable work boots and tight jeans. He crawled where we walked, but broke through his fear and managed to get all the way to the anchor of the highline to film. Kwjet created an amazing anchor on the side I climbed out of slings tied in knots, with 2 knots holding the line, another knot as a directional downward, and a backup to the free boulder sitting on the ledge. It was a very cool anchor and reinforced our ideas of doing highlines on natural anchors. 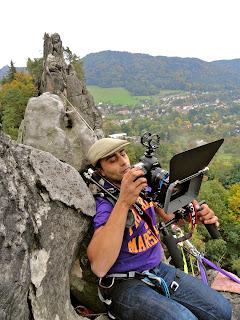 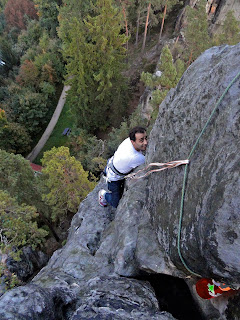 We rigged with Gibbon flowline and a twin dynamic rope, not an easy setup, but walkable. The line ended up being 53 meters in length and about 20 meters high. Kwjet had the first ascent since it was after all his project, Ancee took a quick attempt then they both had to hurry and return to Prague. It was quite late by that time, so only Charlie was keen for a try, and he fought hard until the sun was low. 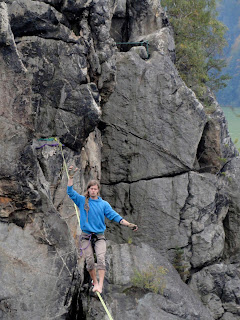 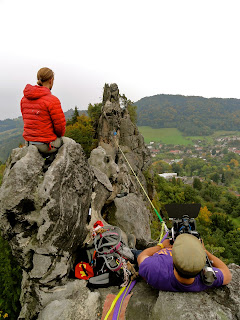 The following day Janek walked the line onsight full man, in pink pants and a red pirate hat to boot. 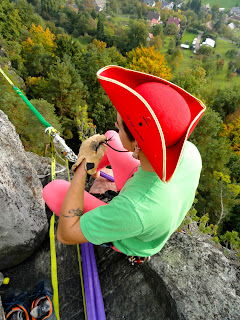 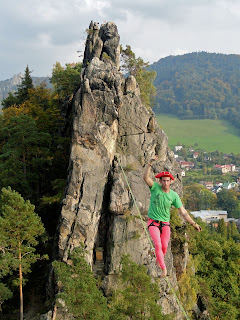 Charlie spent more time trying the line, which was a few meters longer than his longest send, and he worked hard! He also tried the pirate hat for luck. 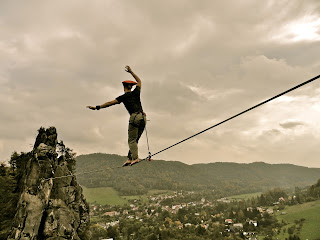 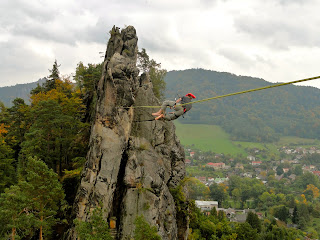 I sent the line onsight full man as well, fighting hard to stay concentrated. I could feel the fatigue in my legs, however, from highlining too much and never taking a rest. It was clear I needed a break from my own sport. For Monte to film I walked the line various times, also putting on some retro blue spandex for fun. It was fun to work with Monte and Luke, who provided us with laughs and plenty to poke fun at. Monte was sure to wear his retro nike trainers the next day, which were better than work boots but still the opposite of what I meant by “outdoor wear.” He was bolder the second day, even hanging on a sling off a ledge to get a good shot.

The line itself was spectacular despite not being so high off the ground. It was almost at the top of both piles of rocks, and the view around was of the valley, some hills, colorful fall leaves, smoking chimneys, and in the distance some more sandstone towers. Under the line were strange monuments, with “William Shakespeare” listed on one of them, while the other was illegible. Nearby to the lines was a strange mossy tomb with a king’s crown upon it, which Charlie and I had trouble to break into for exploration (Americans when they find old stuff, as usual). 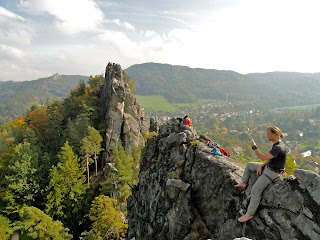 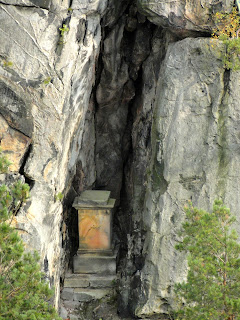 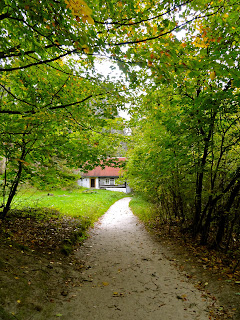 The forest all around was green and cool, with yellow and orange leaves appearing sprinkled about. I was reminded the whole time of why I love Czech Republic so much. The downside is that it is a landlocked country, but every part of it is so cozy and beautiful, that I find myself feeling at home no matter where I go. 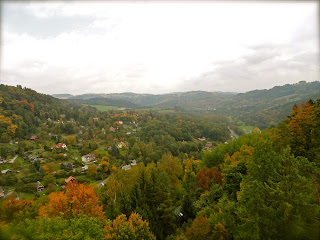 We derigged in the night, true to our nature, and all returned to Jan’s country home for one last evening together. The Brit’s joined us that night, and had their fair share of Czech pivo. The following day would be spent on interviews, dropping Janek on the highway to hitchhike to Poland, and giving me a ride to Ostrov and taking Charlie all the way to Munich so they could attend Oktoberfest.

I look forward to seeing what Monte creates with the footage, and hope he continues to work with slackliners in the future! 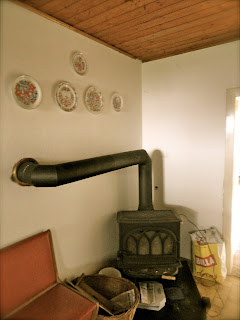 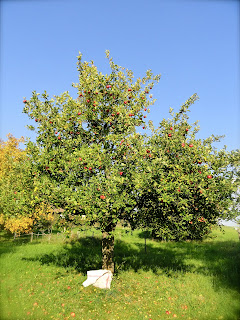 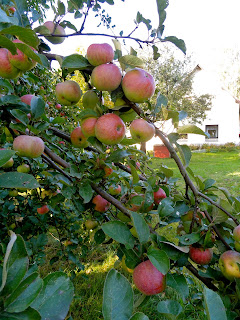 Have a look at a recent interview (it is translated in German) with Caro Lobig!

Thank you to Kletter Kiddies!


THAT SLACKLINE GIRL from kletterkiddies on Vimeo.
Posted by Faith Dickey at 3:14 PM 3 comments: