Being on the central coast of California is beautiful, and the perks are definitely the array of activities. I am learning to surf, I am surrounded by beauty, and I can climb and slackline. The only disadvantage is the lack of huge, high gaps. Once your highline best reaches the triple digits, it becomes harder and harder to beat. For two years I was dreaming of walking 100m (330ft) on a highline. The difficulty changes exponentially, and though I love walking all lines, I had been missing a challenge for over a year. Finally, I set out on a road trip in search of an ass-kicking.

I was not confident in my ability to walk such a beastly line, though two years prior I managed to cross a 96.5 meter (315ft) highline in Czech Republic. My training regimen was non existent, and my 985ft piece of vectran was still a virgin. Sometimes, no matter how much we love a specific activity, other parts of life take priority and we cannot push ourselves as hard as we would like. I have no regrets for this different focus (that of relationships, being stationary, stability, surfing and gardening) however I craved a big highline and had long forgotten what it was like to fail miserably. I rousted some friends from Southern California to go on the journey with me, Ray Diaz and J.R. Racine. I was so glad they were stoked for the adventure. I explained my purpose and they were still game even if a line that size was an unlikely send for them. We set out east towards Moab, hoping the desert was not too hot. 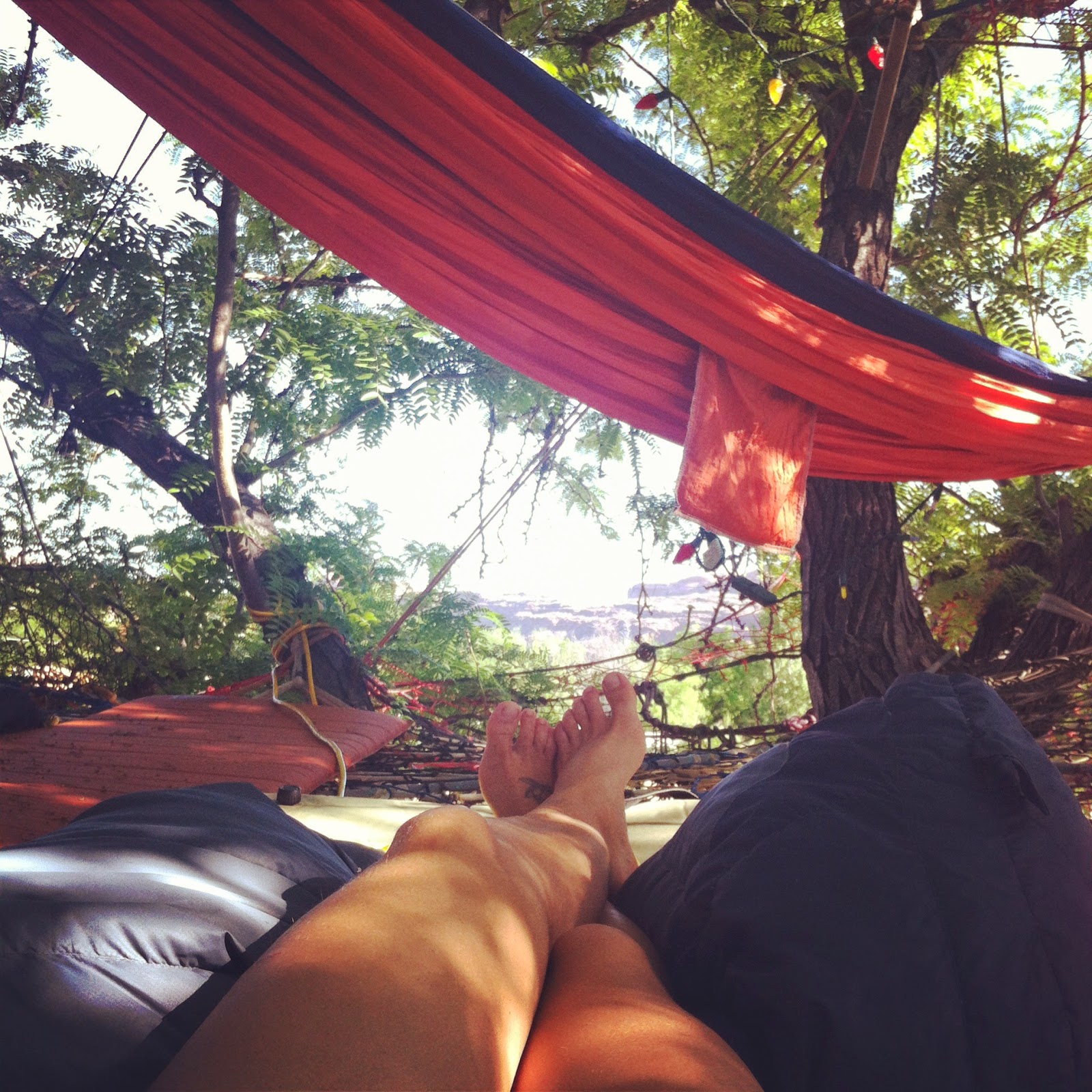 Moab in Spring is something to behold. The red Martian landscape is balanced by shades of green in the trees, the grass and the shrubs. I love that time of year there. The river snakes through the town, bordered by lively vegetation. Upon arrival we were welcomed at the Monkey Den, where friends Brent, Scotty and Canyon live. To my delight, baby raccoons were a temporary part of the family, and feeding them became a daily routine. 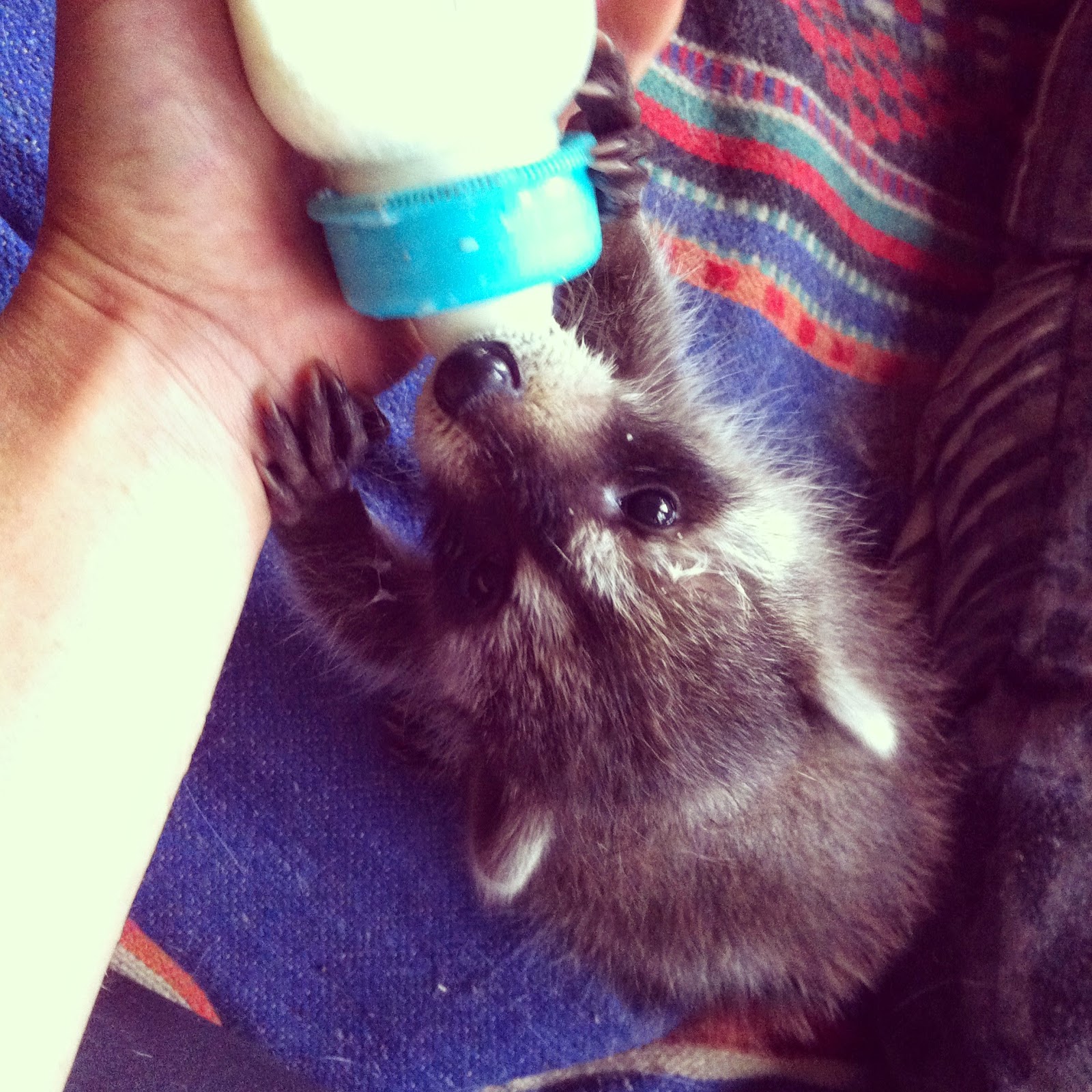 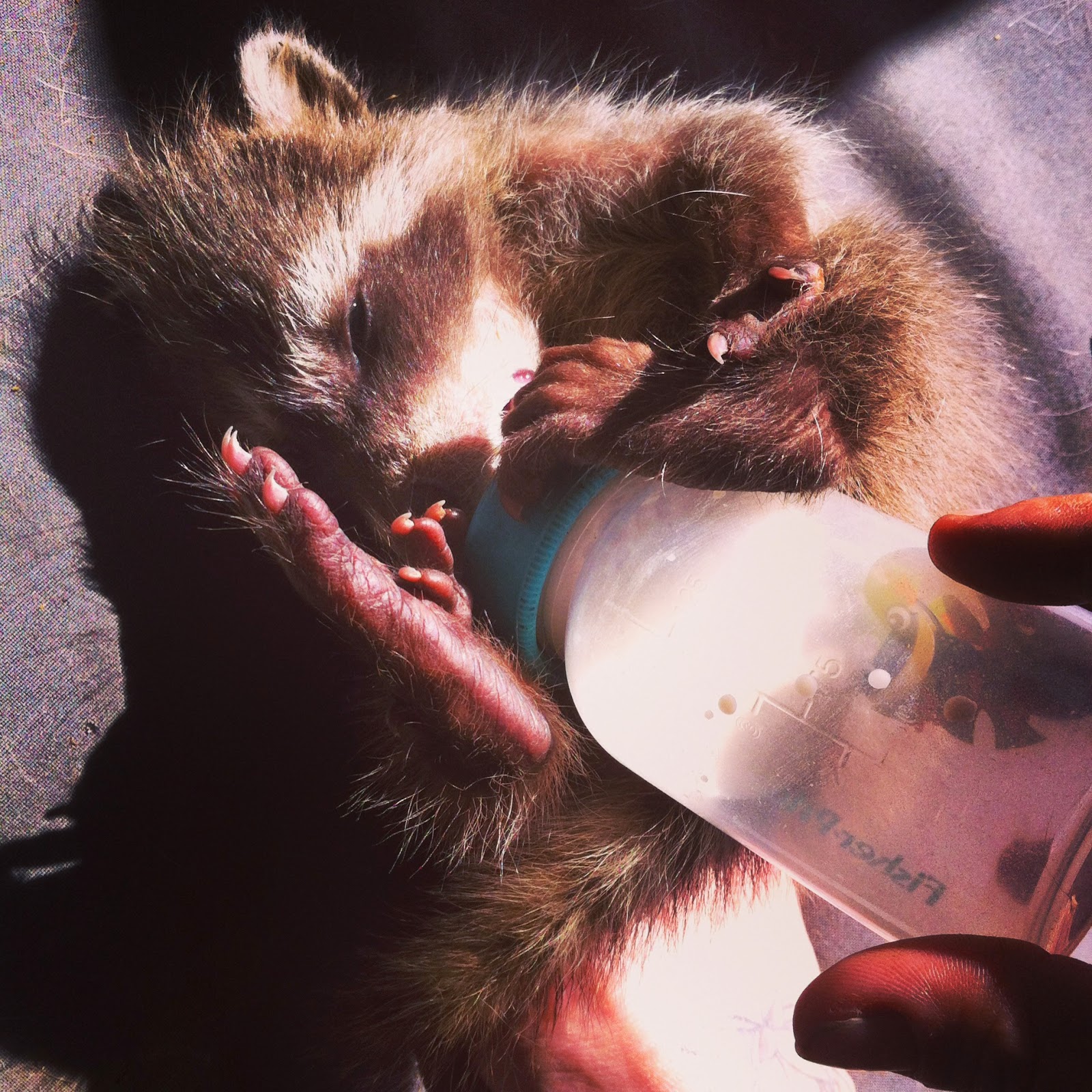 Upon arrival in Moab, the clouds rolled in almost immediately, and it was clear we would do something close to town the first days to avoid a muddy mess in the desert. Fortunately Scotty was free, and showed us the fun and easy Left Hand canyon midline. We hiked out the winding path while dark clouds loomed overhead. We noticed a large amount of people hiking the opposite way; towards the parking lot, some high schoolers even said "Good Luck!" Taking no notice, Ray, Scotty, J.R. and myself kept walking towards our destination. 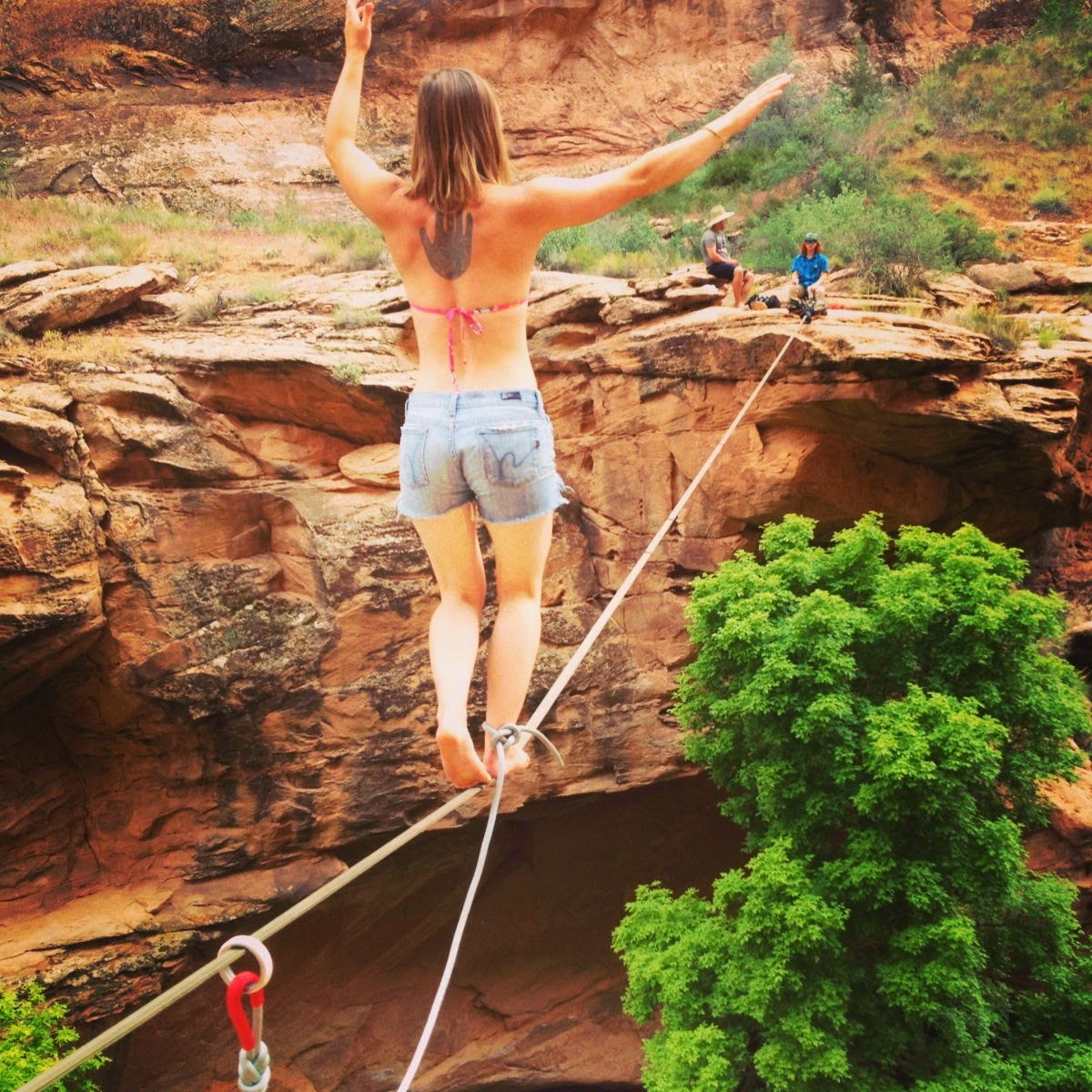 As soon as we set our backpacks down a storm erupted above us, railing against the small overhangs we shuddered under. The raindrops were the size of peanuts and the water quickly carved it's own mini-canyons out of the soft red sand. We went ahead as planned as soon as the rain subsided, and we had a couple hours of midline walking. 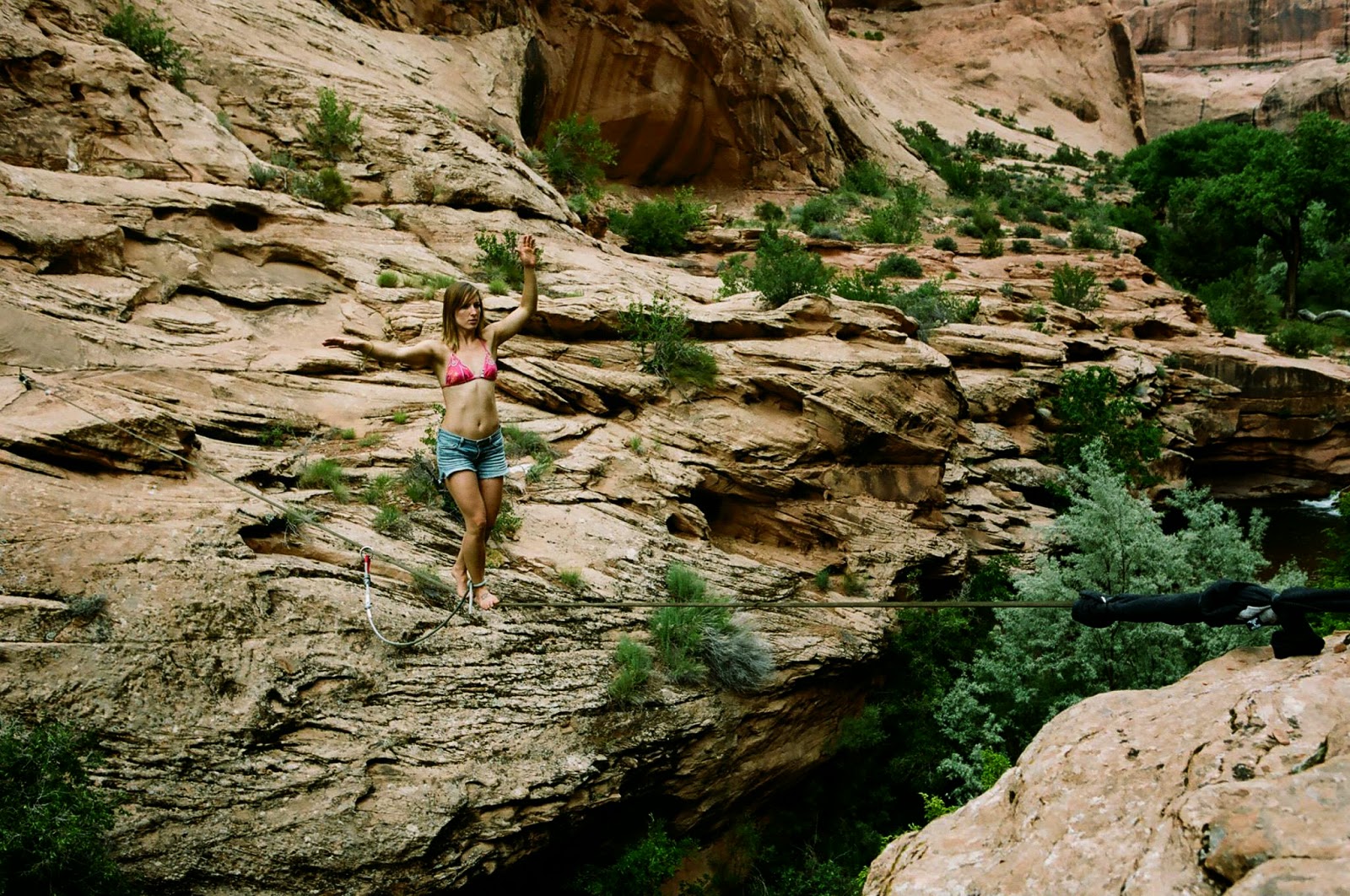 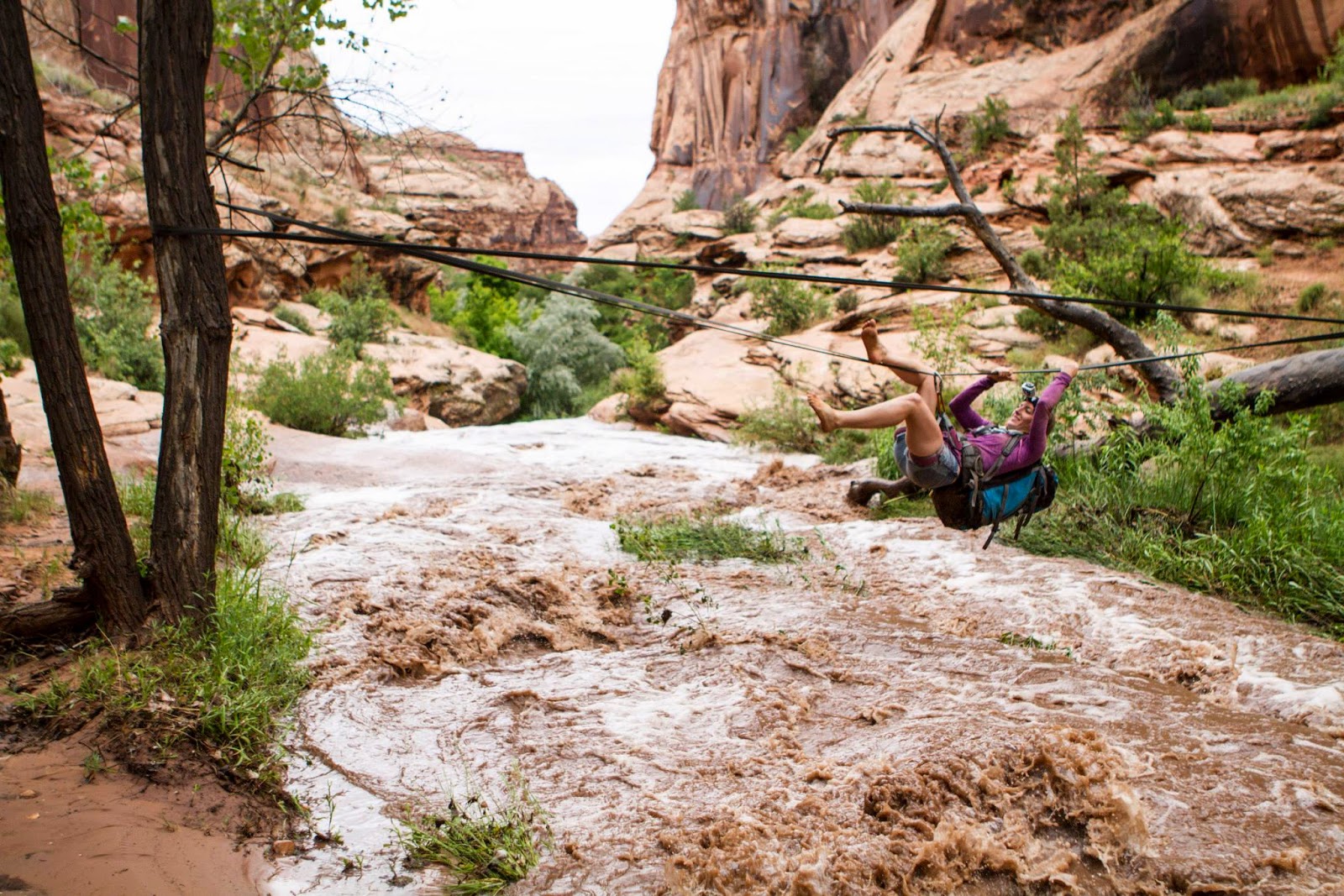 Sure enough, fat drops reappeared and we divided and conquered, Ray taking the static side of the line and JR, Scotty and I remaining on the pulley's side to de-tension. The fat raindrops didn't cease and soon enough the calm stream was a raging brown river. We ran with the gear to our overhangs and waited. Ray was on the other side of the river, huddling against the wall which gave little shelter against the downpour. As we watched numerous waterfalls appear on the walls around us, we began to realize that a flash flood could appear and we would be directly in it's path. Thats when we got creative. We walked upstream to where solid trees stood on the banks, and tossed our slackline across to ray, who fashioned it around the tree. It was a makeshift tyrollean traverse. We took turns crossing as the rain slowed and the water level decreased. 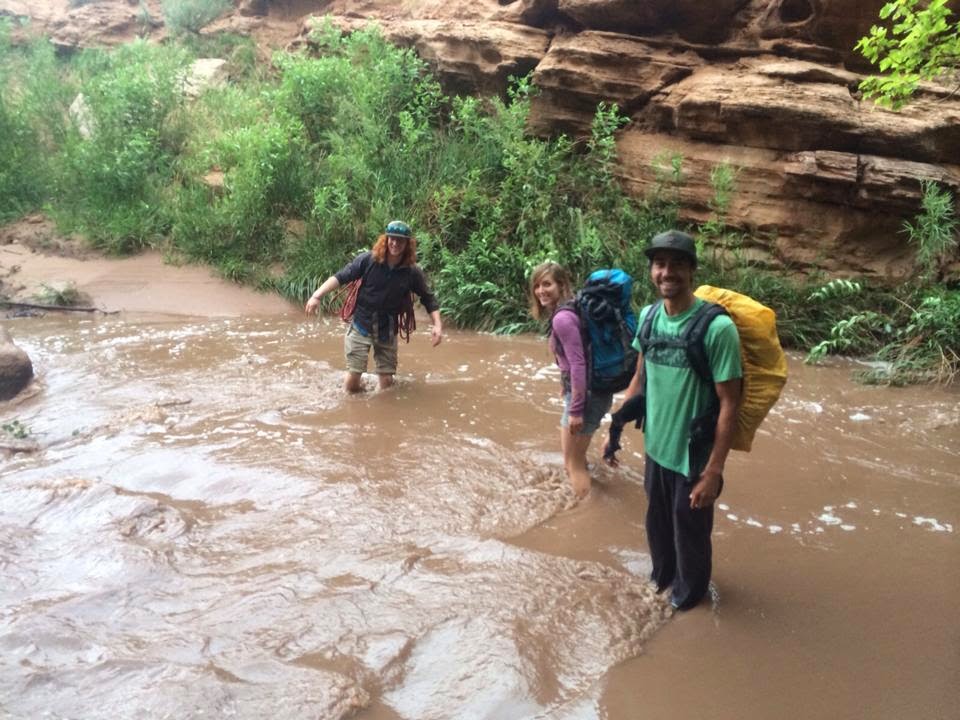 The following project was one we were fortunate to come across. Scotty, Brian and Andy had been working on establishing new highlines on the Witch and the Warlock, two prominent towers in the desert that are not often climbed and had never been highlined. Andy and his partner had completed the sketchy climbing, leaving fixed ropes to ascend. All we had to do was rig the highlines! The access was easy in all wheel drive vehicles, and we managed to park about half a mile from the rim. As we stepped through the soft sand we were greeted by a beautiful, exposed and very high series of towers, eroded in a way that they sat like dominoes from the rim of the canyon. We got to work and set up the 170ft line that was easiest to access. The longer line from the middle tower to the farther one would come later, a beastly 230ft highline. 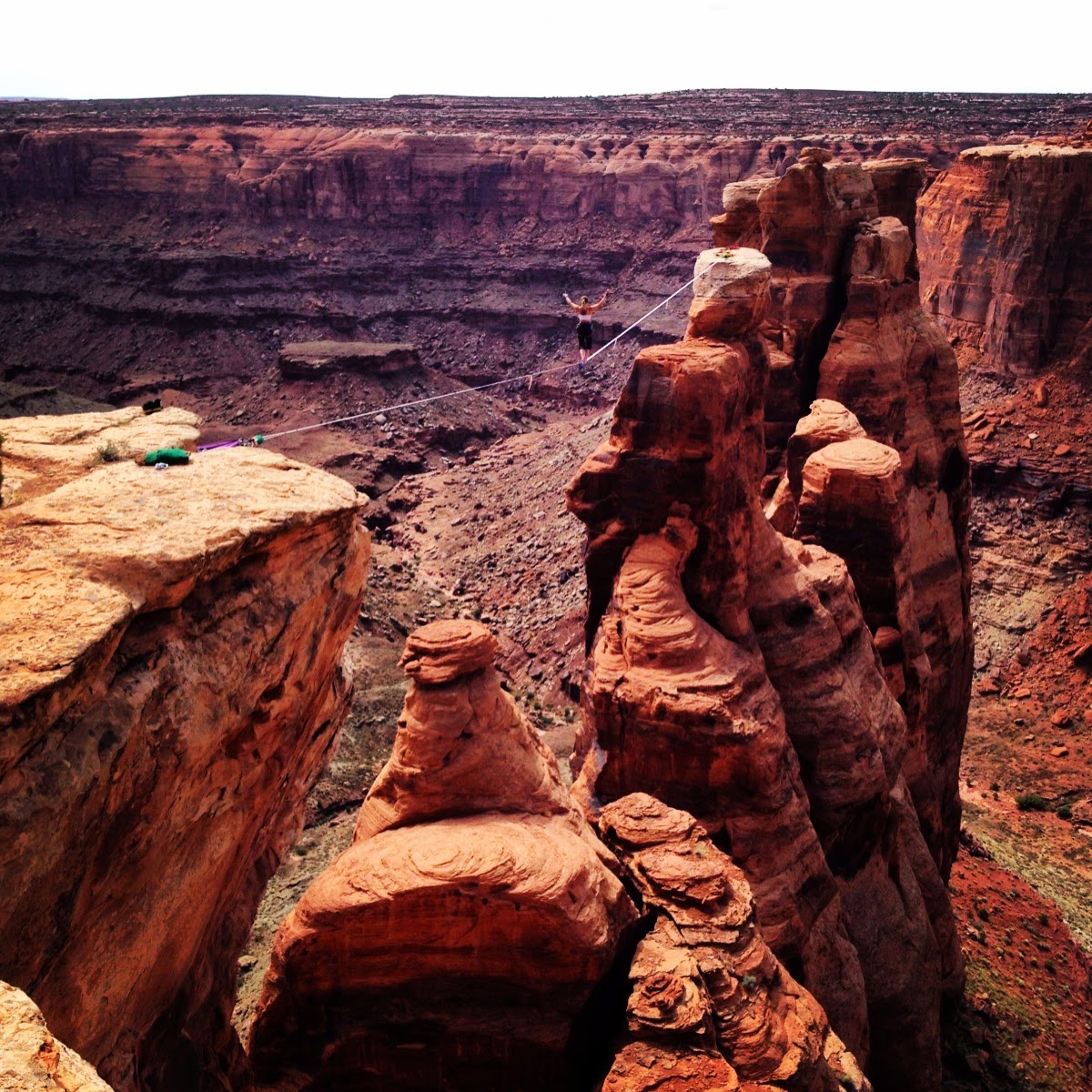 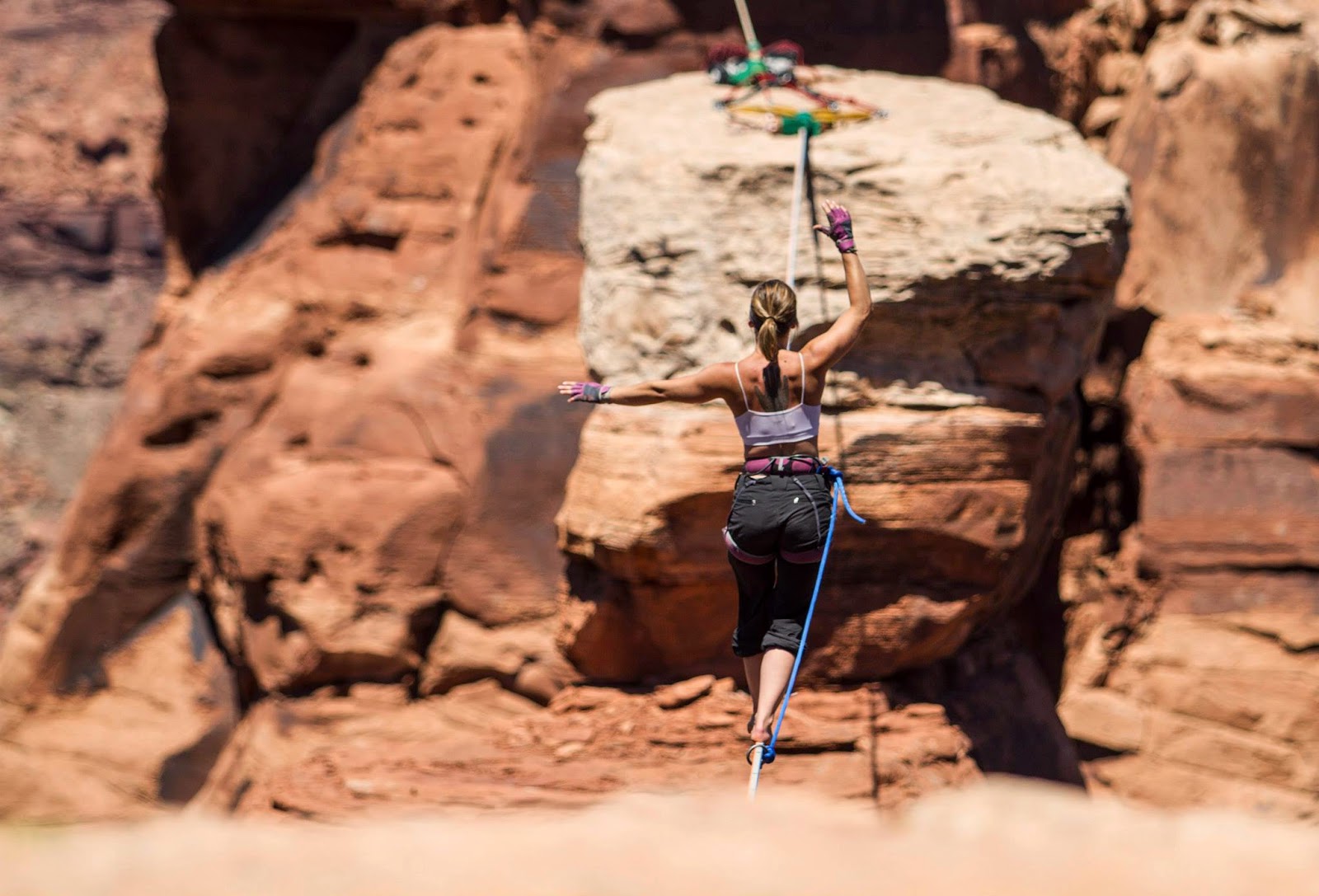 I had the pleasure of walking simultaneously with Andy Lewis, and J.R. Racine snapped a rad photo which would later appear in Outside magazine. 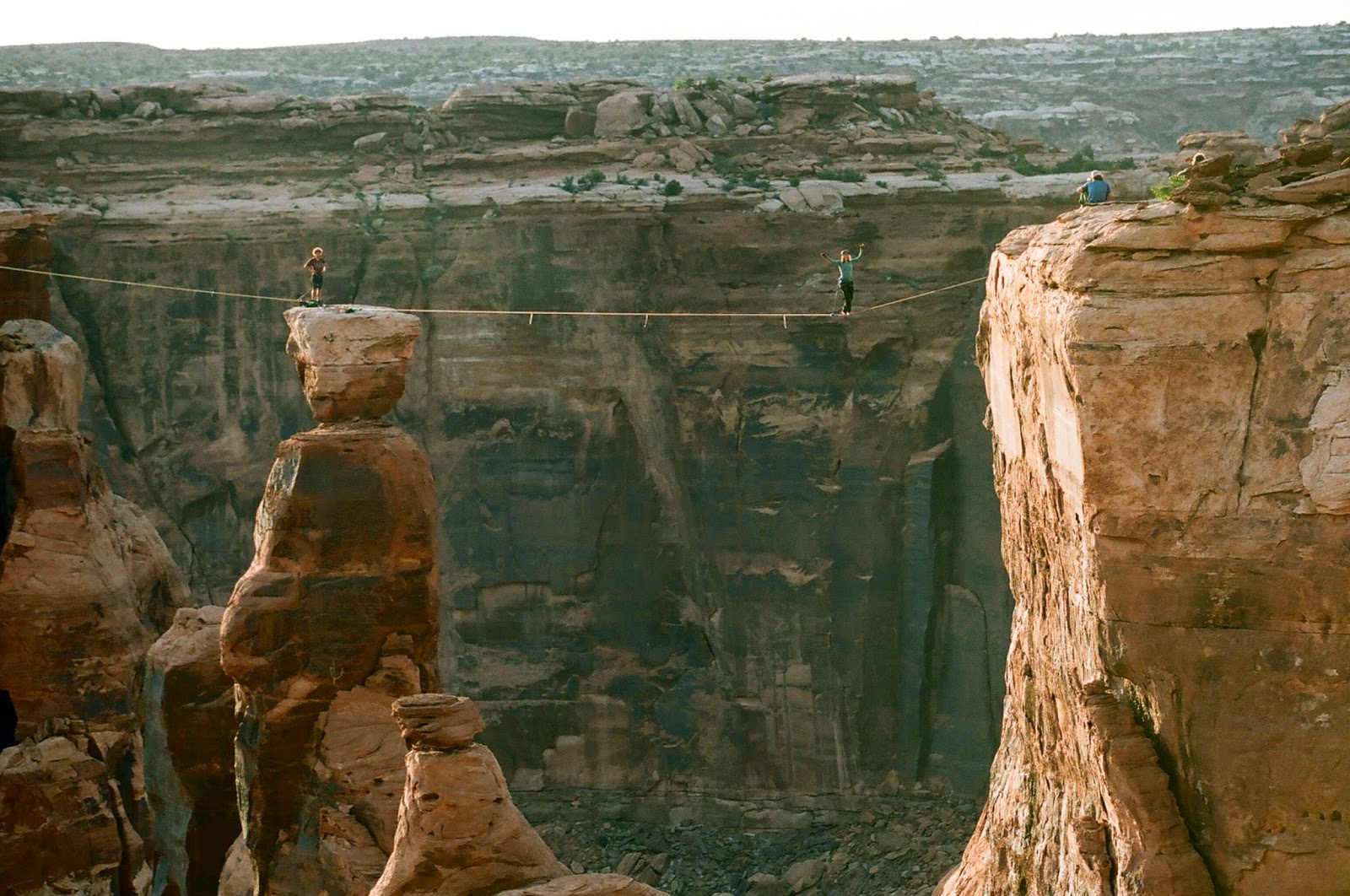 Following the Witch and the Warlock project we went off into the desert to get our asses kicked on a big highline. My goal in going to Moab was to project and train on a 100 meter long highline, and Terry Acomb had just the spot. He took me to twohundredsville, a cool bowl formation that hosted several 200 + feet highlines. Just a short hike around the rim and the bowl opened up to offer 300 ft + lines. I took out my laser and began searching for something over 330 feet that also boasted level anchors. After a few different tries, we agreed on the spot. A large, looming dead tree marked the anchor, and nearby I found the spine of some wild animal, it appeared to be a mountain lion with its narrow hips and long spinal column. I took it as a good omen. 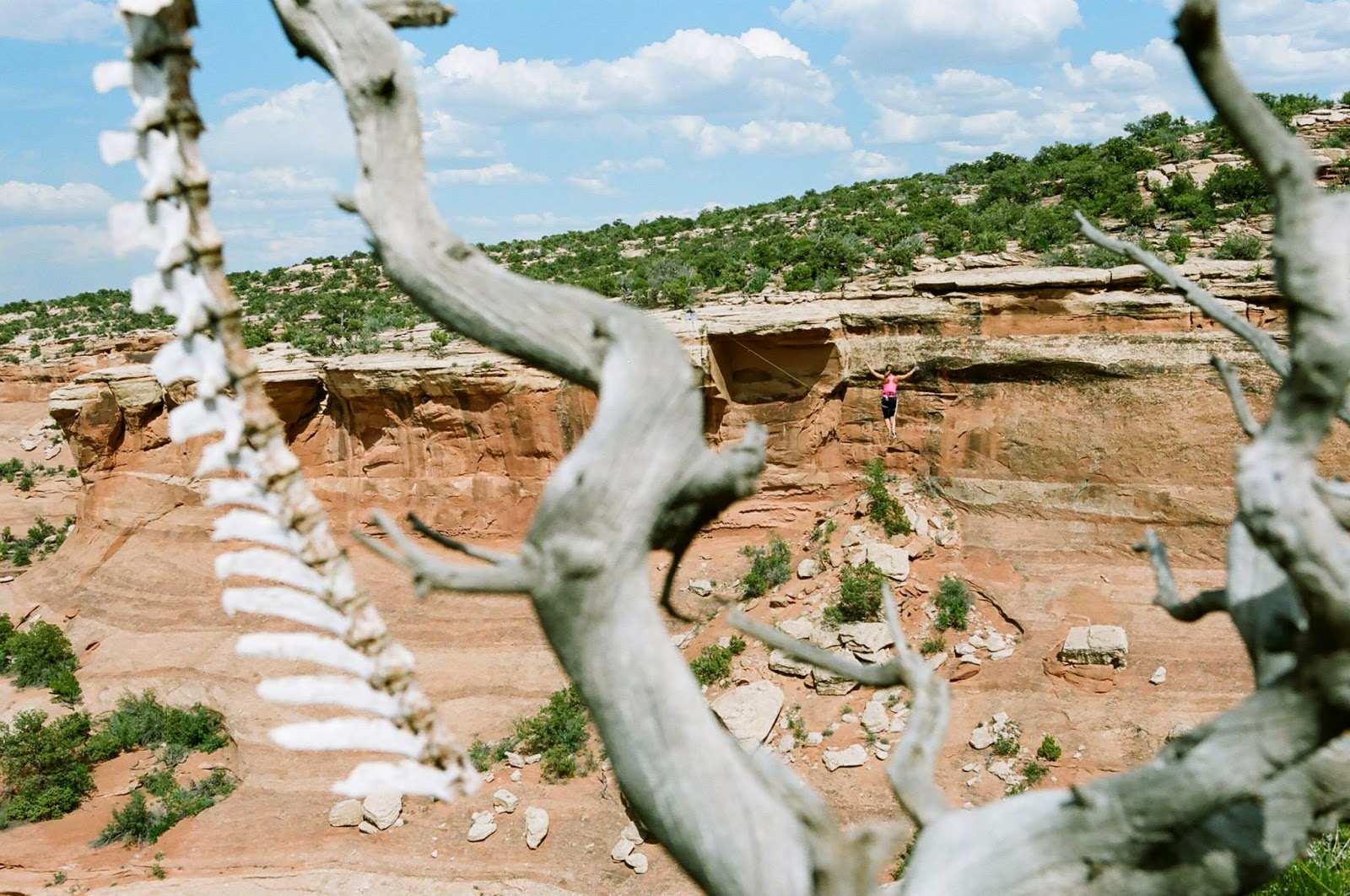 The weather did us no favors as it heated up to the 90's (F). How fortunate I was to have good friends along for the journey, and to help me rig the new beast. JR, Ray and Daniel (a friend from Germany who was on a US tour) came out with me to the new line location, and we rigged until the sun went down. I slept in a hammock high above the cholla cactus, and the following day I procrastinated all morning until the temperature was hot enough to fry an egg on a rock. 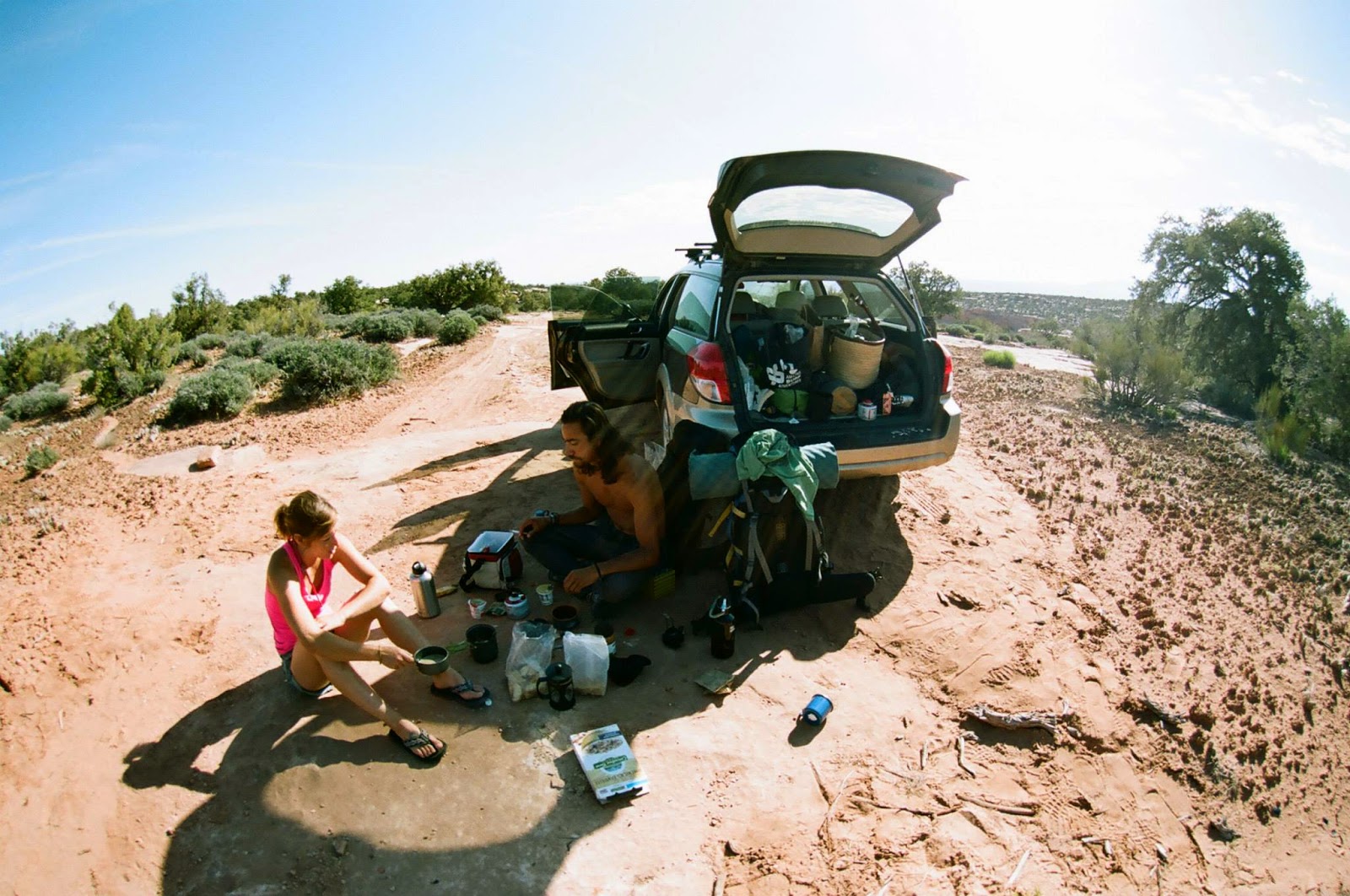 The line beckoned. I finally mustered the courage and energy to give it a go. Standing up, all I felt under me was the static, hard sway of vectran--a material prized for it's light weight, yet it is difficult to walk. Falling and catching it was like being beaten by a broom stick. After a few tries my legs stung, and my arms ached from re-mounting the line each time. I hadn't gotten very far. 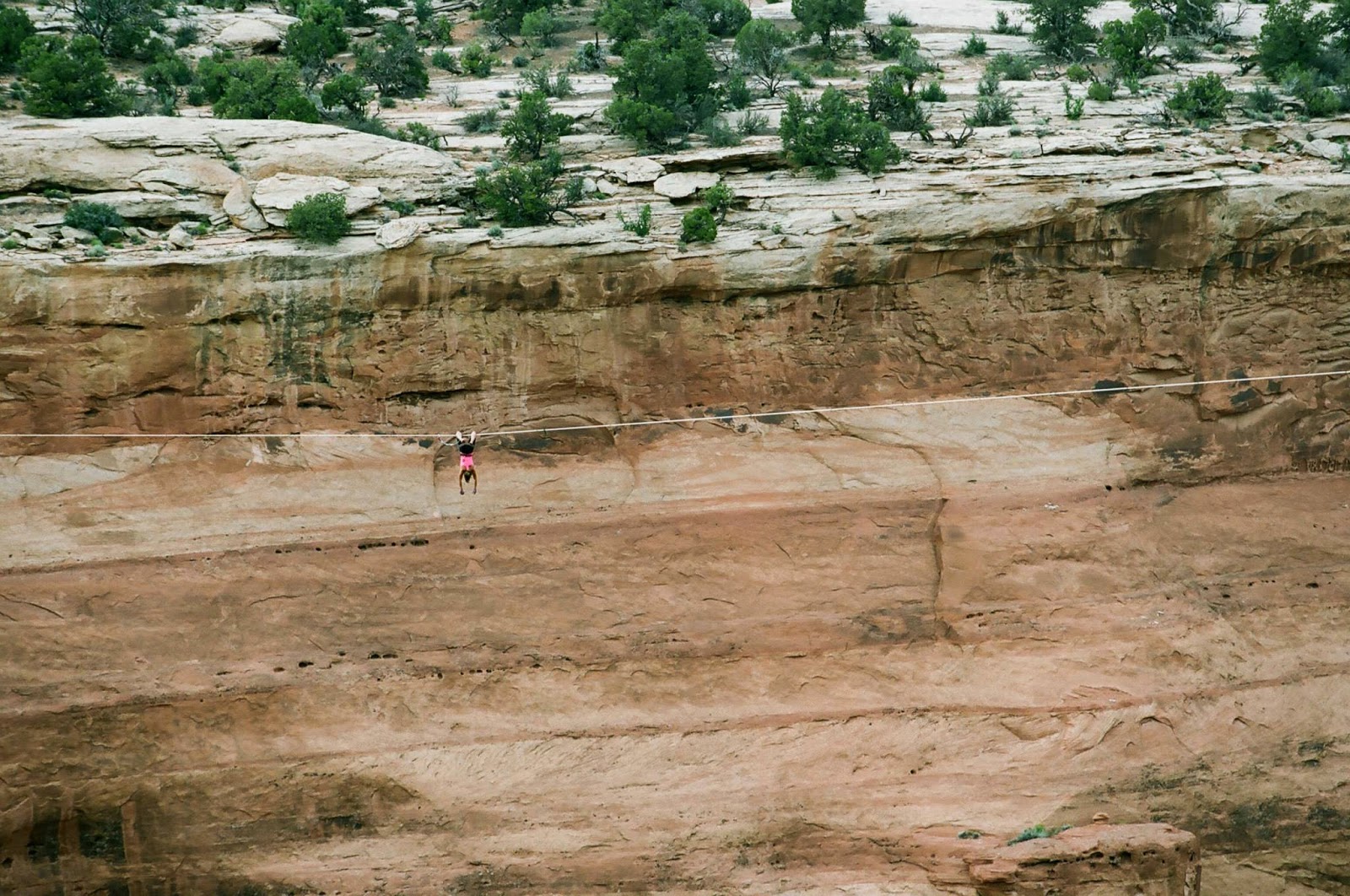 The boys all gave the line a go with little success. Daniel managed to get out towards the middle, but we discussed tension and heat as potential factors in the difficulty. By midday the sun was so unbearable we all stripped down and wandered the desert in our underwear, searching for arrowheads. I found a few, and imagined the great Native hunters chasing rabbits to their demise, and the arrows that were left behind. Was it scorching back then? Or was this climate change? The dry heat and the red of the rocks entranced me, and my bare feet traced my path through the washes, disappearing over flat stones only to reappear in the next wash. Finally the sun lowered and I returned to my beastly project. 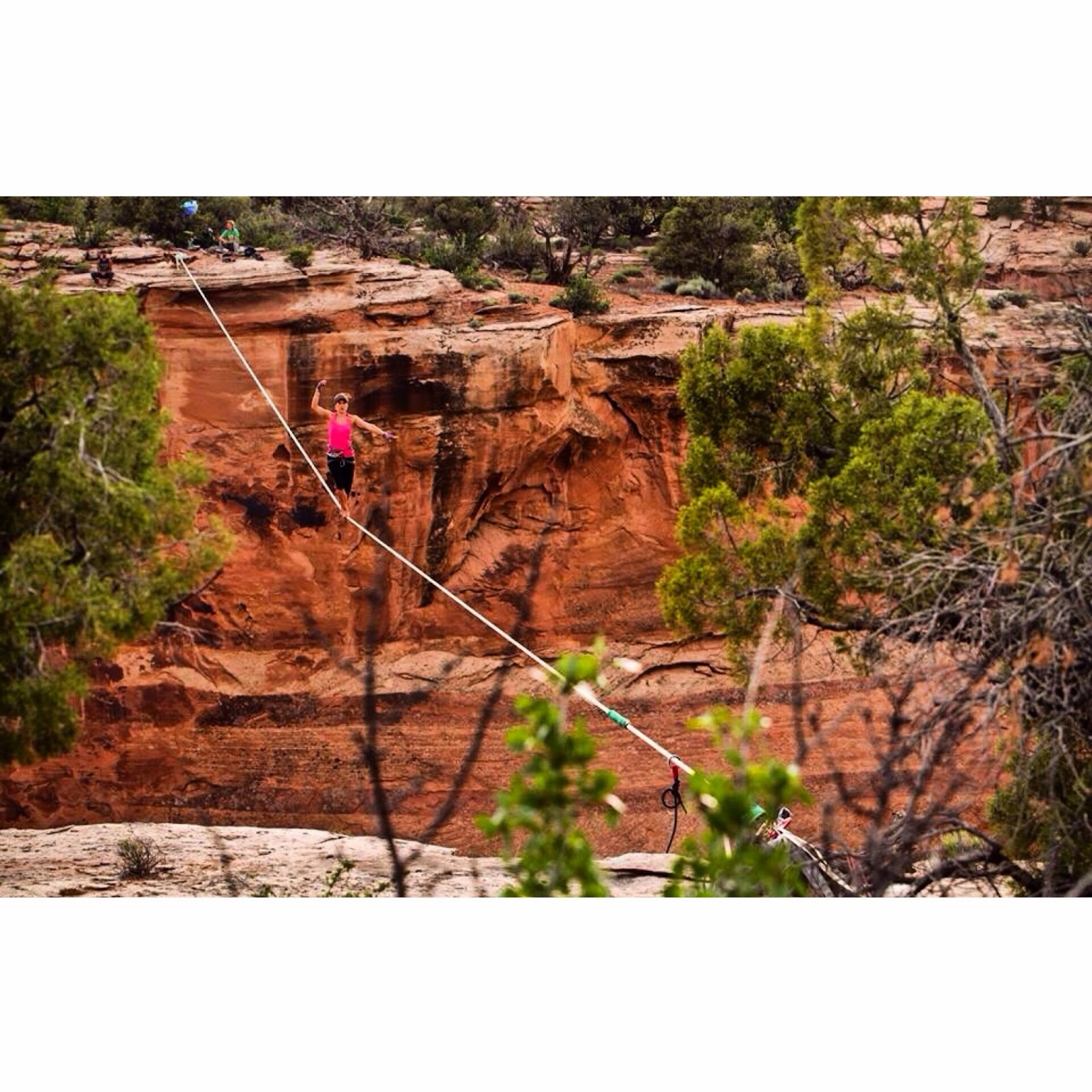 It could have been my 25th attempt of the day, at least. Somehow, I started walking and screaming "Come On!" and I didn't stop, I didn't give up from fatigue, when I misstepped I quivered and grimaced but managed to main equilibrium, finally walking off the other side. It was done. I had reached my goal of 100 meters (105 to be exact). Happiness from ones achievement is rarely a singular experience, and I could feel the congratulatory mood from my friends nearby. Without them, it wouldn't have been possible. Without so many teachers, friends and inspirations a long the way, it wouldn't have been possible. 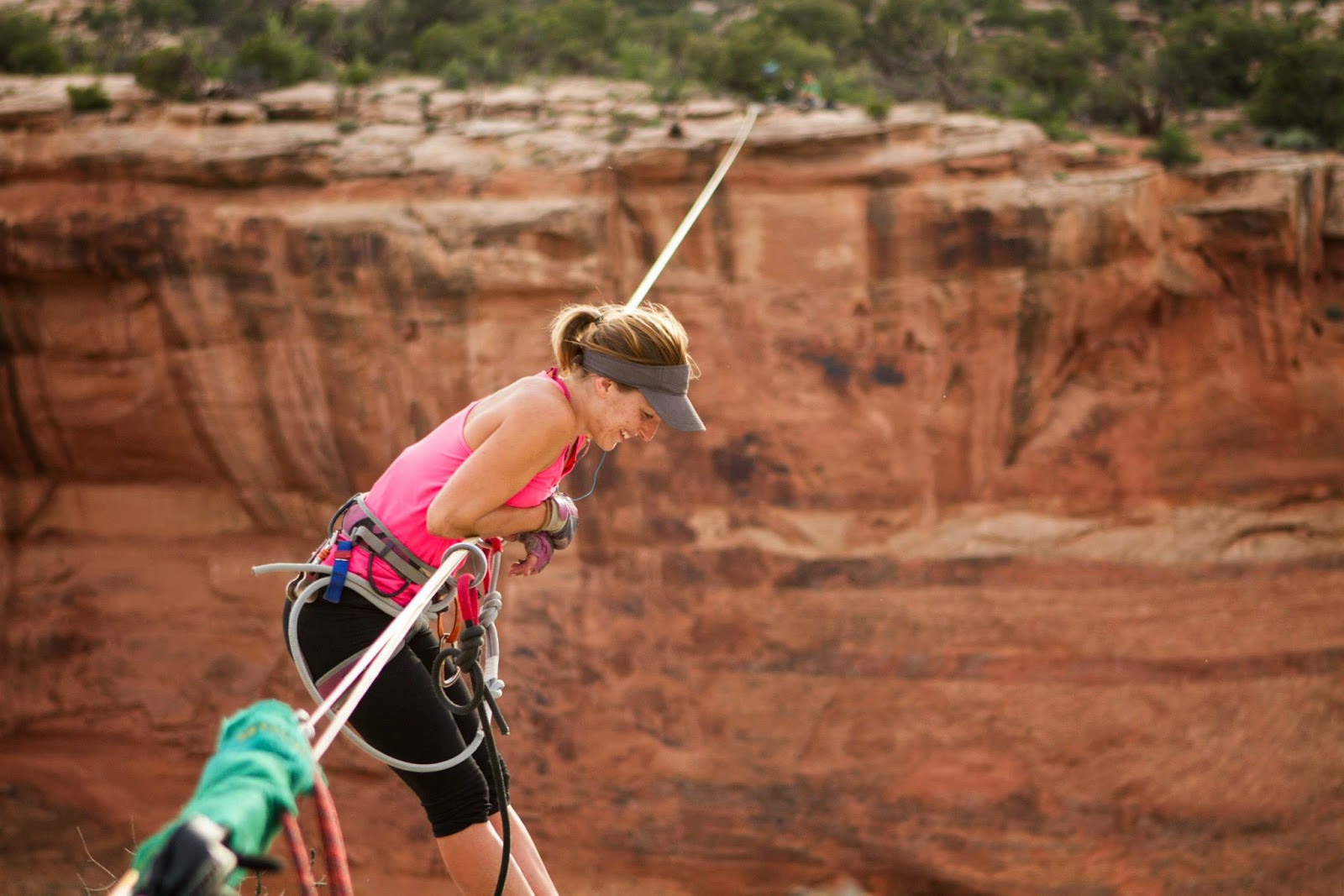 On a personal note, I knew I was capable of more. This was not my limit. If I could cross 350 feet in 92 degrees, then what could I do with normal temperatures and more time? 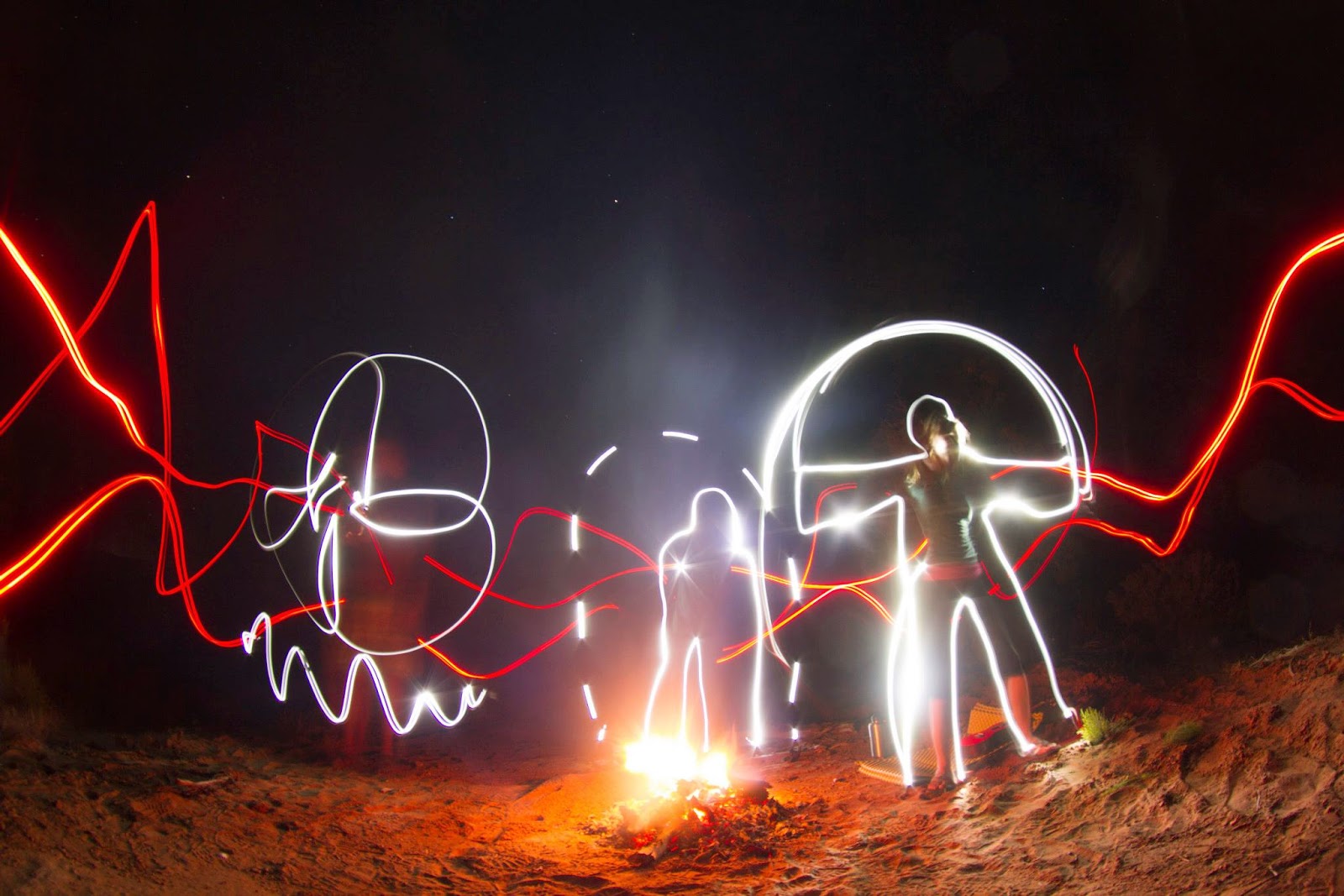